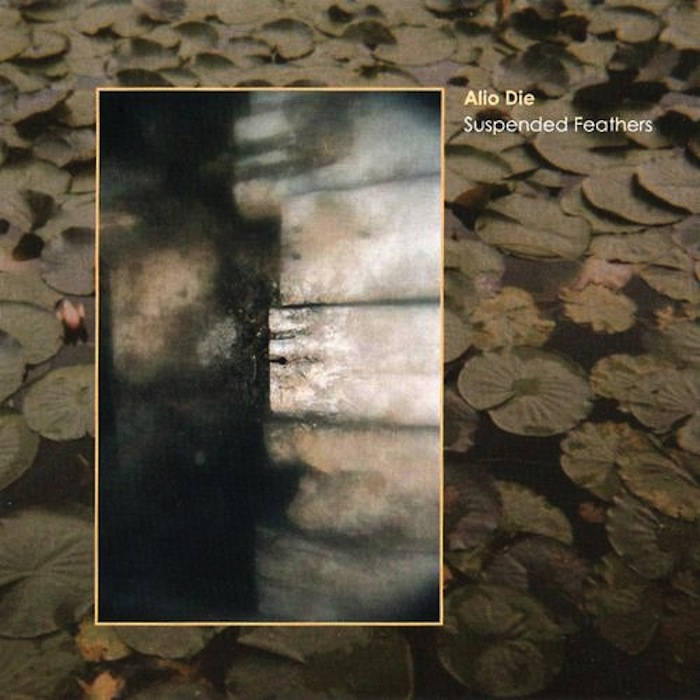 Jakob G The sounds of ancient Orkney. Something mysterious and ancient.

Rarely an album comes along that elicits so many different feelings one is left speechless. Suspended Feathers achieves such sacred distinction. Executed with such meticoluos attention to detail, the music of Italy's Alio Die is a fine art to behold. A splendid mixture of enchanting instruments, loops and environmental treatments combine to form a multiple layered ambience ideal for meditation. The continued flow of running water through these channels symbolizes cleansing or purification. It is effortless to lose oneself in the opening reverie "Descending Past" which surrounds the listener in the sounds of nature and wildlife augmented with rich electronic pulses. "Ruins Garden Drones" acts as a gentle lullaby with a beautiful flute accompaniment by Gregorio Bardini, truly one of the most serene compositions you could ever dream of.
The title cut conveys the manifestation of a benevolent spiritual presence,although movements of a similar nature can be found elsewhere on the disc. "Wings of the Firewall" features none other than Vidna Obmana who also served as co-writer. This piece magnificently illustrated the union of two artists who are at one with their music and self. The stunning photography and packaging definitely serve this release well. Your library is substantially lacking without the inclusion of this special album. Stefano Musso should be proud of this prestigious achievement.

This reissue coincides with the tenth anniversary of Alio Die´s touchstone album, Suspended Feathers. Stefano Musso, the man behind pseudonym, created ambient music more in touch with its originator Brian Eno´s intentions than that of the concurrent "chill room" variant of ambient - beatless, self-effacing music that is there to be listened to or to be ignored.
However, whereas Eno chose to create imagined or"impossible" landscapes, Alio Die could be more specific, integrating easily identifiable natural sounds like running water or trilling birds. As such, he can also claim to have more or less invented "eco[logical] ambient".
Alio Die´s music is vast and organic,slowly expanding, inhaling and exhaling, pulsing quietly with life. And although this is essentially a solo project, with Musso manning the samples, loops,processed tapes and treatments all by himself, he would also seem to begin whathas become a long history of collaboration right here. The track "Ruins Garden Drones" incorporates the woodwinds of Gregorio Bardini, while the closing track, "Wings of the Firefall" is a full-blown collaboration with kindred spirit Vidna Obmana (who, coincidentally, released his landmark recording "The River of Appearance" the very same year). The latter, with its opening movement featuring a slightly off-kilter"string section", is emotionally majestic, and the entire track, in common with the rest of the album, is quite simply a thing of great beauty.

Suspended Feathers was originally released in 1996 in a run of 1,000 copies on the Italian luxury label Amplexus, and has been sold out for years. Now another, newly-founded, Italian label, Silentes, does everyone interested in unique cultural utterings a great service by making it available anew, now housed in a simple jewel case, with new art but no other bells and whistles, no additional tracks, remixes or videos.They have made available an affordable version of an absolute classic of its genre.
Suspended Feathers
Stephen Fruitman - Aug 2006

Gregorio Bardini: Flute on 02, turle ocarina on 03, strange flute and whistles on 04

Bandcamp Daily  your guide to the world of Bandcamp

Little Brother joins the show to discuss their beautiful journey, plus tunes from Fat Tony