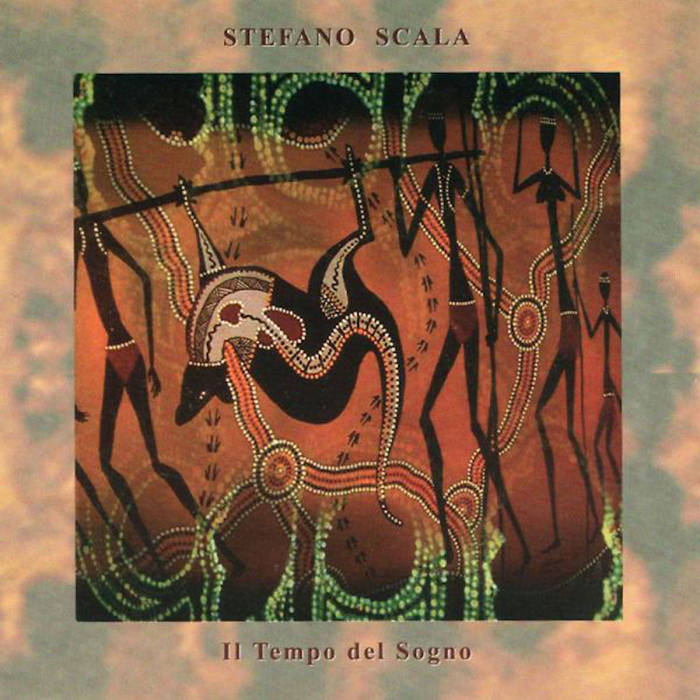 An album properly realized for an the 'Arte Aborigena Australiana' exhibit, organized by Galleria Bolzani, Milano. Stefano Scala is a researcer and musician with a great experience in antropology and ethnic instruments collected all over the world.

The roots of music and the research of its ancestral origins are often the raison d'être for contemporary composers such as Stefano Scala. "Il Tempo del Sogno" is not born only from sound experimentation in the isolation of a recording studio but it is the result of distant journeys, concerts between natural sites and spiritual pilgrimages that the musician has undertaken across the borders of the world. The narrative breath of the work is affected in every passage of this inner tension from the vocal prologue, hovers between the notes and the ritual dances that weave the eight compositions gathered in the register. Pure divinatory experience that dispenses mantra on mantra to the sound of didjeridoo and flutes, drums and sideral synths that press through the circles of primordial vibration.
( Rockerilla - Aldo Chimenti)

Recorded and Mixed at Pongo Studios
and at Villa di Milano, by Fabio Bertin, Phil Roberts
and Stefano Scala.

Bandcamp Daily  your guide to the world of Bandcamp

Little Brother joins the show to discuss their beautiful journey, plus tunes from Fat Tony